The Economic Cost of Eye Diseases

Deloitte Access Economics was commissioned by the NCBI (National Council for the Blind of Ireland) to estimate the economic impact of vision impairment (VI) and blindness in the Republic of Ireland (ROI), including costs to the health care system (direct costs), other financial costs to society such as the inability to work due to vision loss (indirect costs), and the burden of vision loss on individuals’ wellbeing.

This report comprises the following estimates:

The numbers of blind people in the ROI were derived from the NCBI register, with an adjustment for the likely extent of under registration. The numbers of people with mild and moderate VI in the ROI were estimated by applying to these data international figures on the relative prevalence of mild/moderate VI to blindness. These prevalence figures were estimated to 2020 by applying ROI population projections (CSO, 2008).


Report: The economic impact of vision impairment and blindness in the Republic of Ireland (PDF) 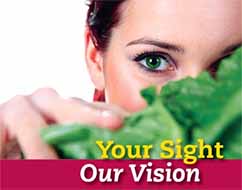